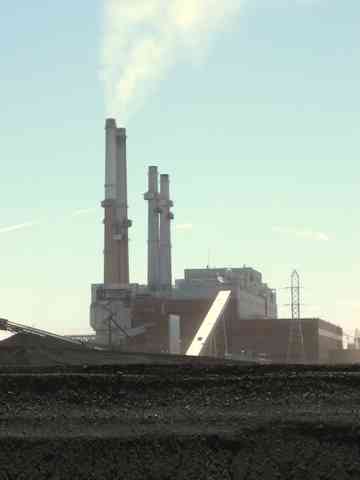 What’s outdoor recreation in Chicagoland going to be like in future years as the climate continues to change? Well, you’ve already had a taste of this transformation. Since 1980, Chicago’s average temperature has risen approximately 2.6 degrees. And according to a new report drawn up by leading climate scientists to describe various scenarios for Chicago’s climate future, the city could experience more extreme heat, heavier, more damaging rainstorms, growing flood risks, and greater loss of habitat for native plants and animals.

The city-commissioned report, called the Chicago Climate Action Plan, provides an in-depth view of the effects of climate change on area temperatures, precipitation, human health, ecosystems, and infrastructure. Here is a thumbnail sketch of details in the report that will inevitably affect local outdoor activities:

Temperature: With 15 of the last 20 years showing above-average annual temperatures, it’s very likely that Chicago summers will continue to be hotter with a higher frequency of intense heat waves. Moreover, a likely increase in humidity could make hot days feel even hotter. By mid-century, Chicago’s climate could resemble that of Baton Rouge, Louisiana, with summer temperatures reaching 90+ degrees on more than seventy days and 100+ degrees on more than thirty days.

Precipitation: As anyone who owns a pair of cross-country skis can attest, we’re already experiencing less snow in winter, and an earlier snow melt in spring. In years to come, expect more flooding and erosion as downpours increase in intensity. This could lead to trails getting washed out more frequently, and will likely create long-term trouble for parks and preserves prone to high water from nearby lakes and rivers.

Plants and animals: Those who enjoy identifying wildflowers and watching local wildlife may have already seen some changes happening in local ecosystems. Chicago’s “plant hardiness zone,” as it’s called, shifted to that of central Illinois in 1990. If left unchecked, plants from northern Alabama will be very comfortable growing in the Chicago region by the end of the century. Of course, when plant species go, the creatures that feed on those plants follow.

There is overwhelming scientific consensus that climate change is mostly a human-made phenomenon resulting from the emission of greenhouse gases. Of the two main sources of greenhouse gases in Chicago, 70 percent of the gas emissions come from buildings or the energy production needed to serve them. Another 21 percent comes from the burning of fossil fuels to operate cars, trucks, buses, and trains. Most of the remaining greenhouse gas emissions come from waste and industrial pollution.

The Chicago Climate Action Plan states that the timeline for these changes depends on future levels of greenhouse gas emissions. The authors make it clear that there is time to lessen or even eliminate some of the negative effects of climate change in the Chicago area. In addition to laying out larger goals and action plans for business and government, the report offers plenty of suggestions for individuals.

This entry (Permalink) was posted on Saturday, December 6th, 2008 at and is filed under Biking, Chicago area, Hiking, Illinois. You can follow any responses to this entry through the RSS 2.0

One Response to “Climate change turns up heat on Chicago”