Located only 30 miles west of downtown Chicago, the Fox River Trail has plenty of good things going for it. As this pathway hugs the Fox River for 33 miles between Aurora on the south and Algonquin to the north, it passes more than a dozen community parks and forest preserves. These quiet riverside parks offer great views of the big winding river.

In Elgin, the Fox River Trolley Museum sits alongside the trail. In Geneva, the 300-acre Fabyan Forest Preserve contains a restored Dutch windmill that dates back to the 1850s. Also alongside the trail at Fabyan are a pristine Japanese garden and the Villa Museum, designed by Frank Lloyd Wright. 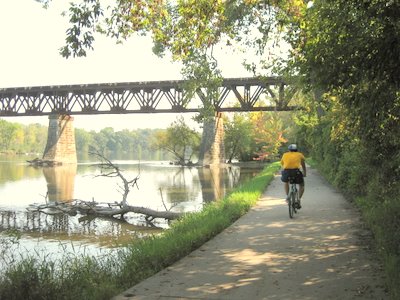 Along with the natural and historic attractions, the trail also passes through a string of enjoyable downtown areas. Some of the towns—particularly Elgin, Geneva, and Batavia—have done great work in creating attractive urban riverfront areas with flower and sculpture gardens, pedestrian bridges, and scenic walkways. 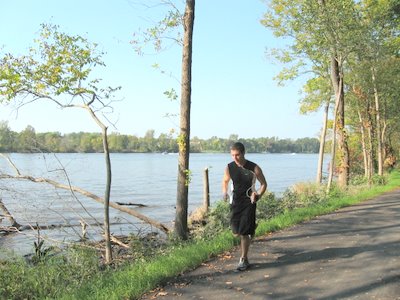 A runner in Norris Woods

Since you’re never far from one of the nearby towns, there is usually a variety of restaurants, ice cream parlors, and watering holes not far down the trail. In East Dundee, you can choose between two locally-owned trailside coffee shops. 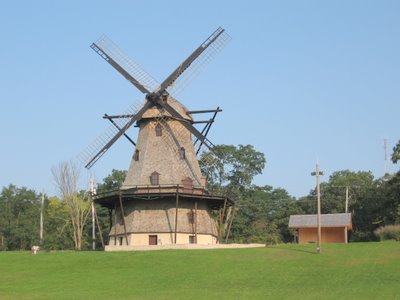 If you’re keen on a longer trip, the Fox River Trail allows you to connect with a handful of other Chicagoland recreation trails. Heading north, for example, will connect you with the Prairie Trail, which will take you all the way to the Wisconsin border.

And finally, the gamblers among us will be happy to know that the Fox River Trail might be the only long recreation path in the nation with two riverboat casinos located steps from the trail. 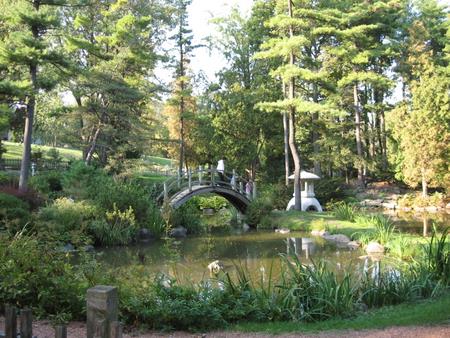 Nearly the entire Fox River Trail is paved; only a few short sections are covered with crushed gravel. The trail is eminently reachable via Metra trains.

Ted Villaire, the author of this post, is also the author of 60 Hikes within 60 Miles: Chicago (now available in a second edition).

This entry (Permalink) was posted on Monday, November 17th, 2008 at and is filed under Biking, Chicago area, Hiking, Illinois. You can follow any responses to this entry through the RSS 2.0